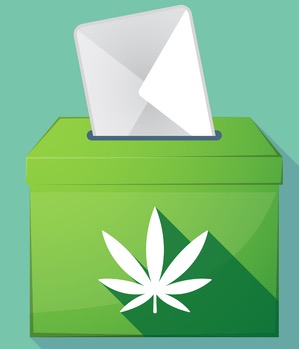 Signatures Are Being Submitted to Legalize Recreational Marijuana in Michigan

After narrowly missing the 2016 ballot due to signatures being voided as more than 180 days old, the Michigan group behind the recreational marijuana legalization movement, The Coalition to Regulate Marijuana Like Alcohol (“CRMLA”), is poised to submit over 360,000 petition signatures to the Secretary of State Office and Board of State Canvassers for review and certification today, November 20th.  252,523 is the minimum number of signatures that need to be validated in order for recreational marijuana legalization to get on the 2018 ballot.  If by chance the Michigan legislature approves the proposal, rather than abstaining, the proposal would become law without the vote.

Those opposed to the movement maintain that marijuana is just as dangerous as alcohol and opioids and fear that marijuana legalization will increase adolescent access to marijuana.  The CRMLA, on the other hand, believes that legalization will significantly reduce the number of marijuana related arrests in the state.  Whether for or against, voters may soon get the opportunity to vote on whether recreational marijuana should be legalized in Michigan.